What if you knew – really knew – that you came from another world?

What if your special abilities pointed you to a unique destiny beyond this world, and opened the door to a galaxy of stars and planets beyond imagination?

This is the premise of the new graphic novel series The Star Runner Chronicles, created by screenwriter James Watson. This new comic series follows the adventures of Aurora Palmer, a normal teenager with secret, unpredictable telekinetic powers she has spent a lifetime trying to conceal. When an alien ship is uncovered in the woods behind her home, a strange surge of power gives her visions of her past and future. She must find out the truth before it is destroyed!

In the tradition of great science fiction, Star Runner Chronicles is about its characters, but with a nod to the latest in astronomical science, including the latest discoveries in exoplanet research. Star Runner is a series with a positive, forward-thinking vision of how far we can go if we develop the best that’s in us.

Aurora’s journey is our journey: understand who we are, where we come from, and what is our ultimate destiny.

Sign up here for the latest on the Star Runner Chronicles. 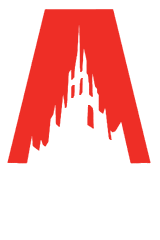